On Plan with my Menus

After rejoining Slimming World, needing to organise myself more, having to tighten our belts a bit financially and just enjoying writing lists, I thought I'd start writing a weekly menu. I always take a shopping list with me to the supermarkets, but it feels more organised making the list from the menu... and sticking to it, I'm hoping this will cut our shopping bills down by a little as well.

Our menu for the week was 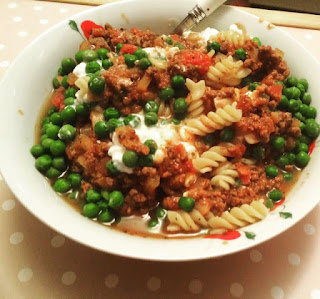 It was really filling and didn't take long to make (and there's bolognese in the freezer for next week too).

Wednesday: Burgers (from Slimming World), chips made in the actifry (with lots of paprika) and some salad 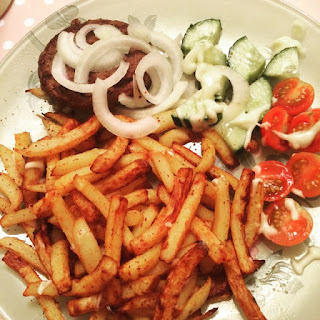 Again, it was nice and easy, all I had to do was peel and chip the potatoes. 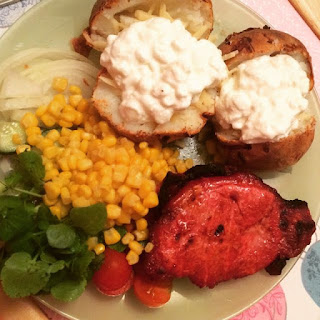 I think this was my favourite meal this week, so will probably be repeated next week. 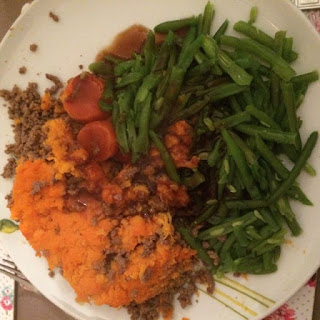 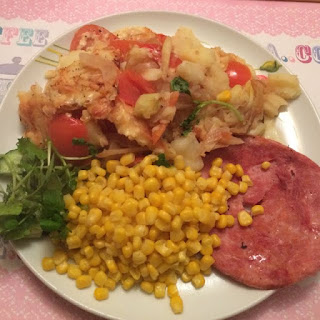 The idea for the Boulangere was from the Slimming World magazine and I've put the method after the menu. 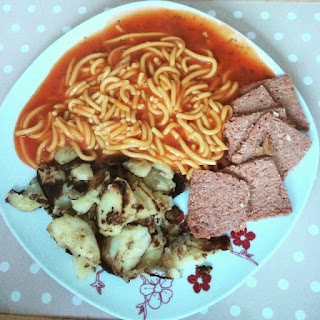 This was comfort food, nice and warming for this cold weather and to use up the potatoes from yesterday.


I made the Boulangere Saturday afternoon, it didn't take long (the longest part was probably waiting for the potatoes to cool down). It also gave me a chance to use our new frying pan, it has a ceramic coating that is supposed to mean you don't need to use oil. I was a little dubious, but wow, you can even dry fry an egg in it! 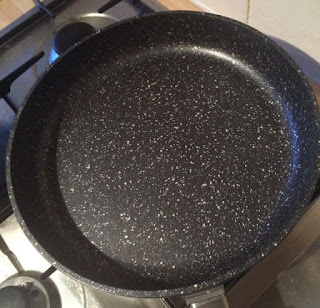 I started off by par boiling the potatoes. 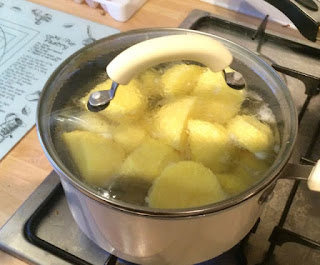 Then leaving them to drain and cool 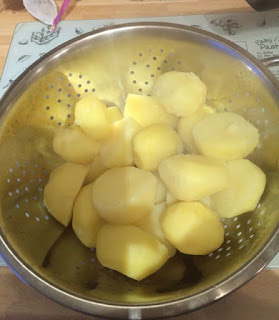 While they cooled, I sliced a couple of leeks, an onion and a few garlic cloves 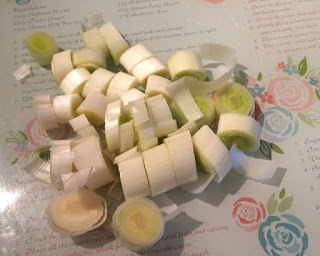 Then softened them in the frying pan 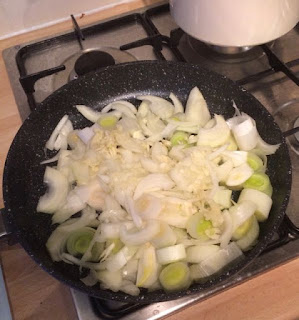 When the potatoes had cooled, I sliced them and placed them in a dish with some pepper to season. 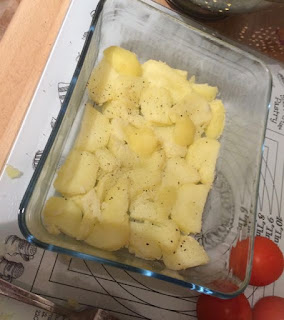 Lots of big, juicy tomatoes were sliced and layered on the potatoes. 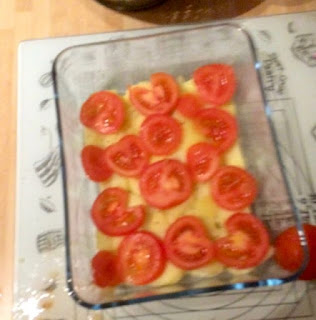 On top of this went the leeks, onion and garlic , then a few more potatoes, tomatoes and seasoning with a little drop of vegetable stock followed by a sprinkle of cheese 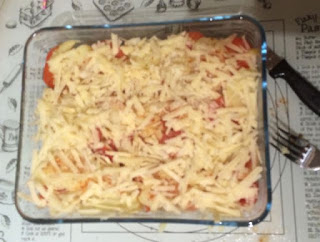 In the oven for 30 minutes at gas mark 6 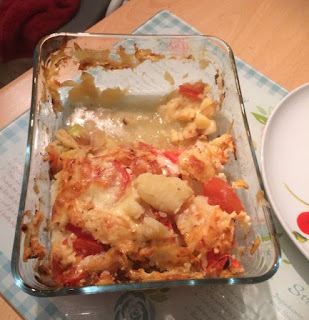 
I took pictures of our meals and popped them on Instagram (cherylbowsie if you want to come and say hi) each day, hopefully to inspire me in the 'harder' weeks.

Thank you for popping by, please stop to say hi I love to read your comments

My email if you want to say hi chezbobs@chezbobs.karoo.co.uk